We are Marvin and Anna Enos, born and raised in Canada. We’ve been in the ministry 29 years and have spent the last 22 years in Thailand as missionaries.

Where We Come From


Marvin is the son of a market gardener and fruit farmer. Anna is a daughter of a dairy farmer. Both families are devout Christians. Marvin was a licensed Heavy-Duty Diesel Mechanic for 10 years when God called him into the ministry, and Anna was a secretary and accountant. Marvin and Anna were married in 1977 and have four children, Elaine, Aaron, and Brian and Mark.

Our Call To Thailand


In 1986 God called us to Thailand. In 1987 we prepared ourselves for the missions at Abundant Life Ministries Training Program, Edmonton, Alberta. In 1988 we arrived in Bangkok, Thailand. During that time we worked in a Children’s Home, did jail ministry, evangelism to the slums of Bangkok and Pastored a small Church.

In 1991 we returned to Canada to better equip ourselves for the work to which God had called us. Marvin spent two years as an Assistant Pastor in the Independent Assemblies of God Church in Smith Falls, Ontario and two years in World Impact Bible Institute, St. Catharines, Ontario.

In 1995 we returned to Thailand prepared and equipped to accomplish the work to which God has called us. In 1996 World Impact Bible Institute, Chiang Mai opened its doors for the first time as a two-year Bible Institute. In 2001 we added a third-year program to better equip students who desire to go into full-time ministry. We have graduated more than 100 First year students, more than 95 Second year students, and more than 200 Third year students. More than 400 Students in total. (We have more than 150 Bible School Graduates in full time ministry.) 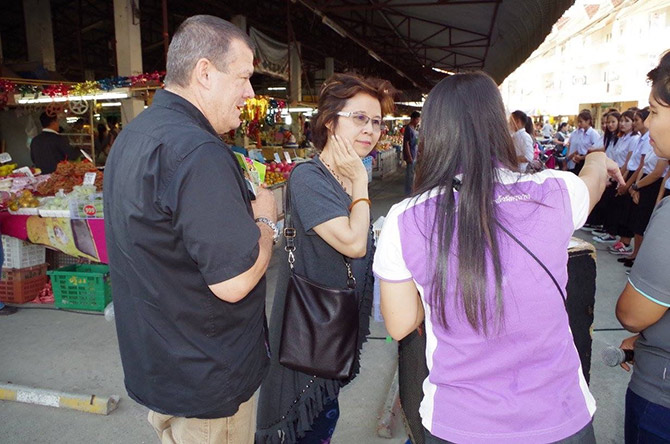